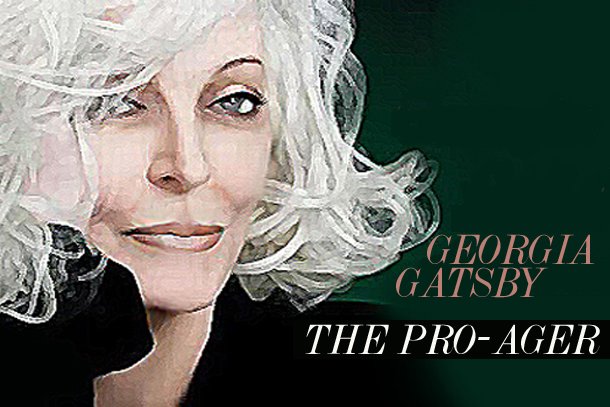 Perhaps South Koreans have a peculiar sense of humour. How else to account for the fact that so many of them enjoy slathering their faces in snail slime?

Yup – this is a face cream that boasts of containing 92 per cent snail secretions. And I’m sure you’ll be overjoyed to know that no snails are harmed in this extraordinary harvest: apparently, they trail – very slowly – across a glass surface and someone in a white coat arranges to scoop up the fresh slime.

So what’s it like, this best-selling (in Asia, anyway) face cream? I must say that I approached this self-inflicted assignment with some trepidation. I’ll even confess that I slightly gagged when I opened the pot – and found a white cream with a (shudder) slightly slimy texture…

Before we go further, let’s start with Mizon’s claims for its unique formulation. There are quite a few of them. The {All In One Snail Repair Cream}, it claims, will protect your skin from inflammation, bacteria and UV rays. It’s perfect for dull, lined, blemished or irritated skin. Best of all, it improves the skin’s elasticity and suppleness and has a firming effect.

Apparently, snail slime – dehydrated for the purpose of this cream – contains a potent cocktail of natural hyaluronic acid, antioxidants and proteins. Which all sounds rather wonderful, though I have 101 supplementary questions I’d like to ask the esteemed skin scientists at the Mizon research and development laboratories. Unfortunately, I don’t speak Korean.

Does it work? There was only one way to find out: I tried it for three weeks. The first time, let me tell you, is the worst. After that, you get a bit more nonchalant, though never to the point of forgetting to wash your hands afterwards.

Yes, the texture’s a bit slimy for my taste. But the cream itself isn’t at all greasy and leaves a pleasantly firm and velvety finish. In fact, it doubles very nicely as a foundation primer.

It didn’t cause any spots; instead, it helped get rid of them – no doubt something to do with the anti-bacterial/anti-inflammatory effect. That’s a major tick in my books. Anything that moisturises at the same time as sorting out spots has to be a good thing.

SHOP ALL IN ONE SNAIL REPAIR CREAM >> 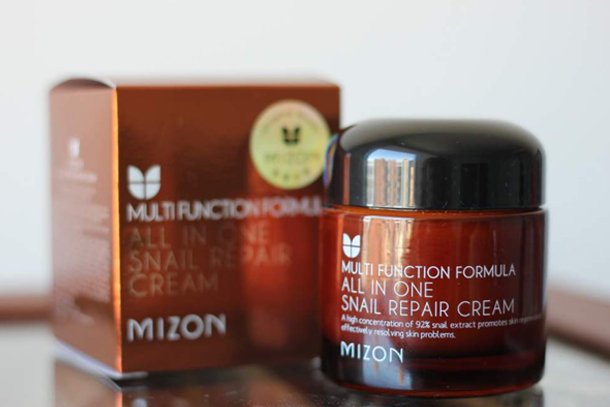 Otherwise? Well, for the first week it just seemed to act as a decent firmer and moisturiser. Then I got flu, which wreaked havoc on my complexion, turning it dull and yellow. Once I’d stopped feeling sick (from the virus), I started slapping on the old snail slime again – and what do you know? It worked. It took just a couple of days to get a decent glow going again.

Would I recommend snail slime. Yes, with reservations. I’m not sure I’ll ever entirely get over my initial revulsion, but I’m glad to have a pot tucked away for skin emergencies…

Enough creepy-crawlies for now? Let me just mention one other Mizon curiosity: {Bee Venom Calming Fresh Cream}. I rather liked the sound of this…but I’m afraid it did nothing much for me. No breakouts, no greasiness, but nothing wonderful, either.

So I’ll hand you over to a friend who’s actually been using it far longer than I tried it. Stacey is 45 (a mere babe). She suffers from rosacea, and started using bee venom in the midst of a bad flare-up.

‘I tried it first one night before bed,’ she told me. ‘The following morning was the first time (without taking antibiotics) that my skin wasn’t throbbing or feeling as if someone had taken sandpaper to it. My skin was also less red than usual.

‘The cream’s really light and non-greasy and I think it has a lovely fresh scent, too. It absorbs really well.

‘As well as suffering from rosacea, I also often get a type of acne associated with it – usually on my chin and upper lip, which can get very dry and flaky. The Bee Venom doesn’t get rid of the acne completely, but it definitely calms it down.’

Want. Need. Have to have Tamanna!

Clean Make Up? The Inside Scoop on the Hottest…