Created to address inequality, close the ‘pleasure gap’ (studies have shown that 91% of cis-men said they ‘usually’ or ‘always’ orgasm during sex, while only 39% of cis-women said the same) and encourage women to open up and embrace their sexuality and sexual needs, {Dame Products} was founded in 2014 by sexologist Alex Fine and established engineer and MIT alumna Janet Lieberman.

Made by women and for women, Dame Products grant dame-changing gratification and lessen the ‘orgasm chasm’ one ‘O’ at a time! Any questions? We spoke to the brand’s founders – Alex and Janet – who told us their story, shared tips and explained why you definitely need an {Eva II}, {Pom} or {Fin} in your life (and your self-love routine)… 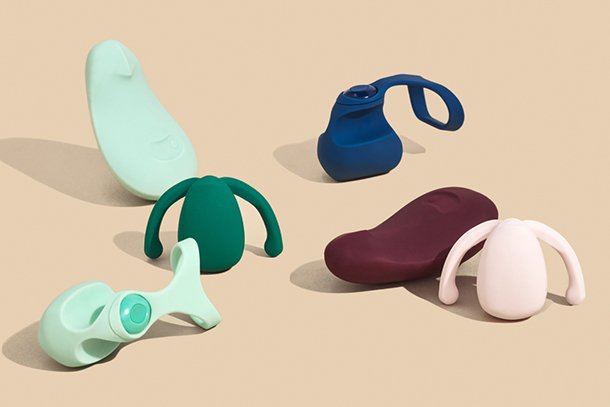 {Cult Beauty} Hi both! First things first, can you tell us about the brand’s beginnings? What’s Dame Products’ story so far?

{Alex Fine and Janet Lieberman} {Dame Products} was founded by women, for women to close the pleasure gap for good. Dame develops toys for sex based on in-depth research, with the objective of heightened intimacy and value in humankind’s sexual experiences. After conducting extensive research on what people actually want, Dame invented a line that is inclusive, satisfactory and successful.

{Eva II}, Dame’s first ever design, earned over $575,000 (£437,000) – well exceeding our goal of $50,000 (£38,000) – on the Indiegogo crowdfunding campaign. We believe the campaign took off because we address a valid need, with a sensible solution and spoke about it plainly. We had verified the need with surveys from real testers and also had over 70 humans with vulvas (and their partners!) try out early prototypes. We were honest and direct.

We also think Eva’s Indiegogo campaign was so successful because we tapped into real needs. Most obviously the need for more and better couples’ toys, but also other, less obvious ones. The way we engineered the product, and got real women involved in testing, showed how we were taking women’s pleasure seriously, which has now evolved into our Dame Labs community, who help us with all our product research.

{CB} So for anyone who doesn’t know, can you explain what the ‘pleasure gap’ is?

{AF&JL} The ‘pleasure gap’ is a term we use to describe the gender/sex inequality of sexual pleasure.

The National Survey of Sexual Health and Behaviour (2010) showed that women reported “less satisfaction with sexual activity than men, with less pleasure, less arousal, and fewer orgasms.” We at Dame Products have set out to create community, conversation and of course, well-engineered tools that help us all (regardless of sex/gender) have more sexual pleasure. We know that the majority of women receive a great deal of their sexual pleasure from clitoral stimulation but little stimulation is given during coitus. So we started off by designing toys that addressed that issue.

Our goal was also to close the pleasure gap by fostering honest conversation about sex and mindfully designing products to address our desires and eliminate bias. Through movements like #MeToo and Time’s Up, sexual violence and prejudice has never been more in the spotlight. By creating toys that are fun and aesthetically pleasing while simultaneously removing prejudice from the outcome, {Dame Products} is contributing in the utmost positive way possible to today’s growing feminist and empowering movements. 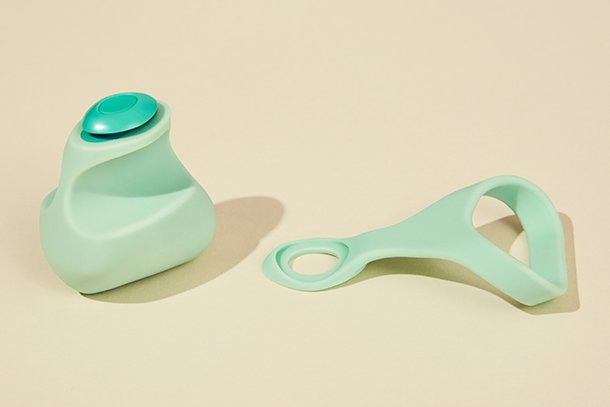 {CB} What did your family think when you told them you were starting Dame Products?

{AF&JL} My family was worried about their daughter starting a company and the general instability of entrepreneurship. They were also proud I was taking a leap to work on my passion. I’ve been vocal on the topic of sexuality for a while so that aspect wasn’t surprising. I don’t talk about my personal sexual experiences with my parents because I’m a normal human being but they do know that I feel strongly that sexual pleasure is a right all humans should be entitled to. Also my mom was an early {Eva} tester. Direct quote from my mom: “If your daughter makes an apple pie, you eat the apple pie.”

{CB} Can you share the biggest challenges you’ve faced since launching Dame Products?

{AF&JL} The biggest challenge we have had to face is the taboo of sex itself. Social-media platforms refuse to sell us ads, the New York Metropolitan Transit Authority (MTA) ghosted us after communicating with us for months and approving a campaign, loans have been denied due to the inherently prurient nature of my business, and leases ungranted! Specifically, the MTA accused Dame of lacking a ‘tasteful’ campaign that would abide by the agency’s standards – adding drastically to the cycle of censorship in the ‘sex technology’ industry. Even after working together for nearly seven months to create a campaign that abided by the agency’s requirements, the MTA still rejected the ads abruptly, claiming that their updated guidelines prevented “sexually oriented” businesses from advertising on public transportation.

Fast forward to Winter 2018: we didn’t heard back from our MTA partners until December, when we were informed that the company would not be able to run our ads due to updated guidelines. The MTA’s new FAQ specifically cited that they would not allow advertisements for sex toys – something that they had not previously published. This is all despite the fact that Hims, a company providing erectile dysfunction medication, was permitted to advertise male-focused products on subway cars: a clear double standard and rupture of the pleasure gap. This was an enormous challenge due to bias in entrepreneurship and battling prejudice in media and advertising.

Another obstacle was launching the company – the explosive growth was hard to keep up with! But we eventually shipped all 10,000 pre-orders.

{AF&JL} A guy emailed us to let us know he had sex on Thursday night, after only having sex with his wife on Wednesday nights for the past five years.

{CB} We seem to be on the cusp of an awakening in women’s sexual wellbeing and unprecedented growth within the FemTech industry. How important is it for us to open the conversation surrounding women’s sexual and intimate health?

{AF&JL} The way women are treated for sexual and medical conditions is extremely patriarchal and sexist; if society was to accept, own and take charge of their sexuality, it could drastically reduce sexism as a whole in the medical industry. As societal attitudes about gender and sexual identity are changing and evolving, medical community attitudes must also change in order to stay modernised and pioneer changes regarding diagnosis and treatment patterns.

Additionally, while there have been some big steps made in having conversations about sex in our community and the female sexual experience, there’s still endless room for growth. Even with creative outlets like Tumblr, there’s still an unbelievable amount of censorship; take the MTA, CES, FOSTA/SESTA, all of these feel like movements towards censorship, which is ultimately sexual regression.

{CB} What were the main objectives when creating these next-gen sex toys?

{AF&JL} Our goal is to empower the sexual experiences of women everywhere by designing well-engineered sex toys. We create our products with women’s sexual pleasure and wellness in mind as our ultimate goal is to close the pleasure gap and encourage equality inside and outside the bedroom. Based on our in-depth research, our objectives were and continue to be focused on increasing intimacy and value in humankind’s sexual experiences.

{CB} And why were you so keen on creating a discreet and hands-free sex toy? 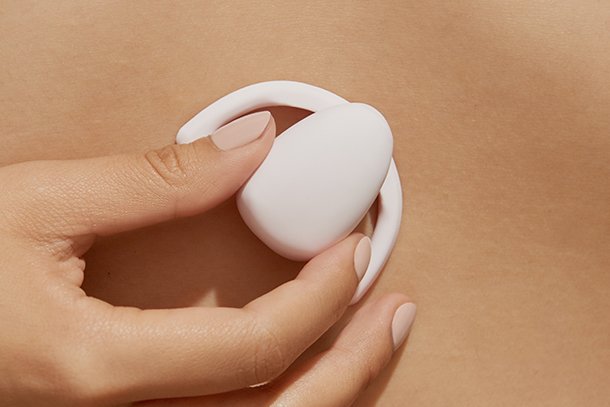 {CB} Can you tell us what sets Dame Products and the Eva II, Fin and Pom apart from the rest of the sex toy market?

{AF&JL} Unlike many of the other sex toys out on the market right now, Dame Products is dedicated to improving sex lives but also improving health & wellness, relationships, intimacy and emotional wellbeing.

Dame works hard to connect with each and every single user, regardless of relationship status, gender, sexual identity, or anything else. Dame’s most important objective is to make sexual wellness accessible to every single kind of person. Recently, our exciting new ad campaign with the MTA was rejected — a 180 from their initial agreement to work with us. The result: plenty of space for penetration drugs, but no voice for female founders and innovators making sex enjoyable and accessible.

What truly sets Dame apart is the fact that the company is dedicated to closing the ‘pleasure gap’ and removing gender discrimination in sex tech and fem tech for good. On top of providing today’s consumers with modern, fun, aesthetically-pleasing and easy products, the company is committed to enhancing sexual pleasure and health, while simultaneously inventing phenomenal and accessible sex toys.

{CB} Do you have any tips/suggestions on how women can practise self-care?

Other activities I’d suggest for self-care include thinking of powerful, self-love mantras one can live their life by, as well as drinking lots of water, creating individual and identity-focused routines and sunlight and always love yourself first! When it comes to personalised mantras, by chanting one’s mantra, we can move our internal energy throughout our body, can enhance positive brain waves, increase endorphins, and block stress in the body. Finding the right mantra is a matter of finding what feels right; when we’re experiencing difficult life situations, we can always come back to our unique, individualised mantras in order to bring positivity and self-care to top of mind.

{CB} What’s on your nightstand? 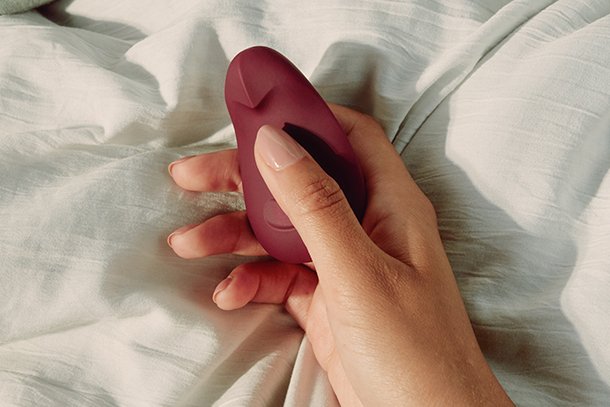 {CB} Is there any sexual health or feminine hygiene advice you wish you could go back and tell yourself?

I also wish we were taught while growing up that it’s okay to take on any identity you want. Historically speaking, society has a norm to compartmentalise women into groups of monogamous, no-sex-till-marriage purists or serial one-night-stand addicts. This theory is about as blatantly false as it is disgustingly patriarchal. It’s also unbelievably unhealthy because it teaches women growing up that they have to fit into a ridiculous box, when in reality, people should be and do whatever they see fit.

{CB} Can you share your favourite book/podcast/website/brand for educating yourself on sexual health and wellbeing?

{AF&JL} I love Bryony Cole’s podcast, {Future of Sex} that explores the evolving worlds of sex and tech.

{CB} What is the biggest taboo facing women today that you think still needs breaking?

{AF&JL} The stigma surrounding female sexual pleasure! When it comes to addressing female pleasure, there are many pioneers paving the way for equality, however, it’s still a topic that is often considered taboo. To shift the perceptions of customers, retailers and platforms and to go from being viewed as morally negative to being viewed as morally positive has interesting growing pains. 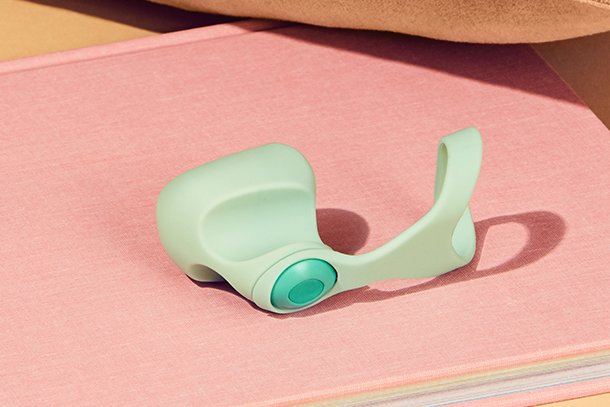 {CB} Finally, how important do you think it is for women to own their sexuality?

{AF&JL} So, so, so incredibly important! If all women were to own their own sexuality, it would actually remove the taboo behind the entire situation and normalise the conversation, making it just another societal norm rather than something that needs to be hushed. Additionally, if we were to look at the most structured, foundational institutions in our society, and how sexual ownership plays into this, the medical community is one that deserves special attention.

Coming back to our challenges around advertising with the MTA, if women were to take charge of their sexuality, censorship in media, advertising and technology (e.g., CES this year when a sex device innovator’s award was revoked) would all decrease at an extreme rate, leading to equality in innovation, entrepreneurship as well as fem tech and sex tech.

Emmie is Cult Beauty’s Deputy Content Editor. Her love of skin care began in primary school when she first learned the term “hormonal acne” and has been in a love-hate relationship with tea tree oil ever since. She lives in East London – where you can normally find her baking, tending to her plant jungle or planning her next tattoo or hair cut/colour appointment – and is known to start DMCs with you about your birth chart placements, the importance of wearing SPF every day and the difference between a vagina and vulva.

Why Cult Beauty loves Too Faced

4 TIPS FOR REPAIRING YOUR MOISTURE BARRIER