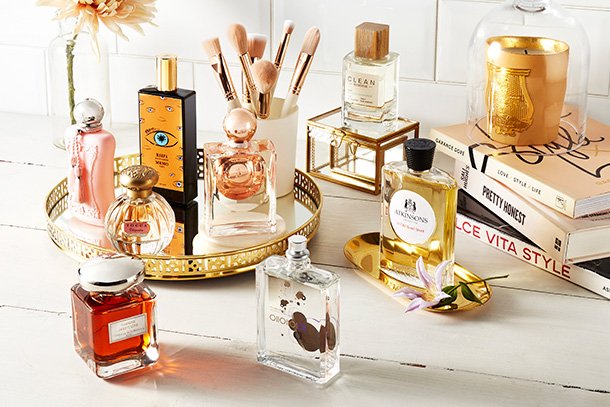 In all honesty I’m not one for slavish devotion to trends, but there’s certainly something interesting happening in perfumery at the moment. Celebrity fragrances are on the decline as more niche fragrance houses, unusual ingredients and the individual perfumers come to the fore. Of course, perfume is still perfume and the fun, glamorous side to it that we all love hasn’t gone anywhere (praise be), but we are putting more thought into the process of selecting scent, rather than grabbing the latest designer Eau Fraîche off the shelves.

Scent is probably the most intimate thing we can wear (Marilyn Monroe wasn’t messing about when she breathlessly answered “Chanel No 5” to the question of what she wore to bed). It can also put a spring in our step, and – like a string of pearls or a fabulous hat – perfume can take a hitherto pedestrian outfit to dazzling new heights, cementing our style in the process. So it’s no surprise that more and more of us are seeking out something a little bit different, that’s unique and nuanced as we are.

{Gender neutral} perfumes are one way of making such an olfactory statement transcending the ‘For Him’ and ‘For Her’ dichotomy that has dominated perfumery for the last half century. And at a time when the topic of gender fluidity has never been more pertinent, there’s never been a better variety to choose from. From bold bergamot and vanilla bouquets ({Pegasus} by Parfums de Marly); to game-changing single-note synthetics ({Molecule 01} by Escentric Molecules); and just plain dreamy jasmine and leathers ({Eau De Mémo} by Memo Paris) they are plenty worth sniffing out.

Mood-manipulating scents are another category that’s paving the way for a new frontier in fragrance. No longer mere marketing spiel, the strong link between scent and emotion has some scientific clout behind it. In fact, our sense of smell is directly connected to our limbic system – the part of the brain processes emotions and memory, as well as certain – ahem – drives. (Yes, the primordial ‘sniffing out’ of a mate never went away. We’re no more refined than the apes in that respect).

Several scents aim to capitalise on the ability of perfume to lure a potential partner – most famously the aforementioned {Molecule 01} – as well as Charlotte Tilbury’s {Scent of a Dream} – a seductive floral chypre with a sly agenda, in the form of a ‘psychoactive’ base created to mimic the body’s natural pheromones (‘pulling hormones’ to put it crassly). While new brand {Valeur Absolue’s} fragrances are fused with ingredients scientifically proven to perk you up, such as Areaumat Perpetua – a natural extract of the Immortelle flower which is clinically linked to the stimulation of beta-endorphins as well as lowered levels of ‘stress hormone’ cortisol. It features in their musky-floral {Harmonie}, which along with comforting notes of vanilla and Earl Grey tea, is basically Hygge in a bottle – perfect for staving off the winter blues.

And if you thought there hasn’t been much recent cause for patriotism, then think again. British perfumeries are giving the French a run for their money in terms of creating future classics. There’s also been a renewed interest in heritage brands such as {Atkinsons} and {Penhaligon’s}. And lets not forget tea – that famous import that cuts to the heart of British culture, which has been popping up in fragrance form both at home and abroad. Whether you’re a homesick Brit, or self-professed anglophile, Atkinsons’ flagship fragrance {24 Old Bond Street} will be just your olfactory cuppa – quite literally in fact, with its aromatic blend of black tea, rose and juniper. And good old English eccentricity abounds in fragrances like {Bella Freud’s} latest offering {Psychoanalysis}. A somewhat tongue-in-cheek homage to her great-grandfather Sigmund, this smoky orange-blossom-infused concoction connotes cigars, leather couches and complicated 40-somethings (besotted with their analysts, naturally). 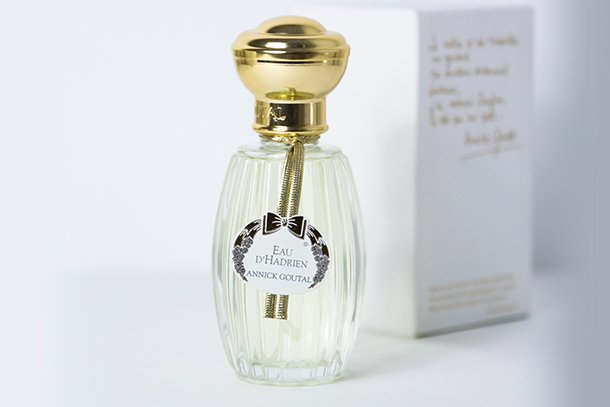 We come to my final trend, which I shall christen ‘cologne and then some’. Like a Tinder date, colognes can seem full of promise when first encountered, but alas – don’t tend to stick around for long. But recently, several citrus-based scents have sprung up to prove there are colognes who can do the commitment thing. {Tacit} by Aesop is one such character, whose rich heart of basil grand vert – a spicier cousin of the common basil leaf – provides some added substance to its zesty top notes.

Similarly, Annick Goutal’s {Eau D’Hadrien}, is a classic worth revisiting – a gorgeous blend of Sicilian lemon, grapefruit and bergamot, topped with twinkly aldehydes, with famous fans including Sharon Stone. It’s sparkly and alluring with added sharpness and longevity – much like the Basic Instinct star herself you might say.

Meet the under-the-radar heroes of BLEACH…

Skinimalism: the skin care and make up hybrids you *need*

Vote on Facebook to get 25% off our cult lipstick

The ultimate falsies for every occasion