Writer and expert / Posted on

Vitamin C has quickly become such a buzzword, a household name – a golden child, even – in the {skin care} realm. Touted for its antioxidant capabilities, it’s stealthily made its way into almost everyone’s daytime routines as the thing we simply have to include, along with {SPF}. But as with any active ingredient, there’s a lot of information, rules and regulations that come with harnessing the power of {vitamin C}; so much so, that it can be overwhelming to even learn where to start. And when you throw darker skin tones into the mix, even more so.

Whether your skin’s olive, mixed, chocolate brown or deeply dark, it’s likely to be prone to hyperpigmentation. Left over spot marks or wider discoloured areas are often trickier to prevent and treat compared to white skin, leading to the rise in skin care routines and products promising to tackle issues of pigmentation in brown and Black skin. And as much as vitamin C is often heralded as the top fix for clearing up hyperpigmentation, it’s somewhat of a misconception. 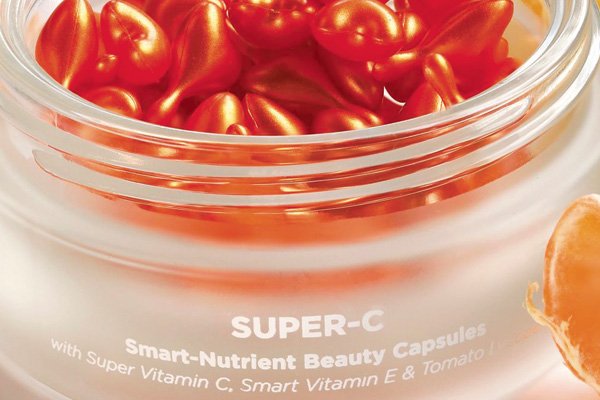 “Vitamin C actually functions more as a supporting ingredient, providing a boost to others due to its antioxidant capacity,” explains Dija Ayodele, skin health specialist and founder of West Room Aesthetics and the Black Skin Directory. “When it comes to hyperpigmentation, ingredients like retinoids, azelaic acid, arbutin, niacinamide, liquorice and kojic acid are the ones that tackle melanin before, during and right after its production – vitamin C doesn’t sit in any of these categories.

But don’t push your bottle to the back of the cupboard just yet. “It’s the lead actor in being an excellent antioxidant,” continues Dija. “It protects and strengthens the skin from free radical damage (like UV rays, pollution, smoking, an unhealthy lifestyle) that fuels premature ageing, and is a precursor to collagen development which slows down over time. It amps up the skin’s radiance too – I always have clients say their overall skin looks brighter and healthier, but their hyperpigmentation hasn’t faded from just using vitamin C. And while those with white skin will see improvements in lines, those with Black skin will notice a more lifted and brighter complexion.”

Now that the hero ingredient’s CV has been cleared up, it’s on to the finer details. Vitamin C is notorious for expiring quickly and being difficult to stabilise (read: make safe and effective) in wet formulas, which is why you’ll often see the term ‘encapsulated’ floating around, which means the vitamin is sort of wrapped up in little bubbles to stop it from breaking down inside a liquid. “The purest form – and the main honcho – of vitamin C is L-Ascorbic acid (LAS), which is very potent and oxidises the quickest, making it ineffective,” explains Ayodele. “We’ve been conditioned to think pure LAS is the best option, but although derivatives like magnesium ascorbyl palmitate and ethyl abscorbic acid are weaker, they last longer and are less likely to irritate skin.” Try The Ordinary’s Magnesium Ascorbyl Phosphate Solution 10%, a brightening and hydrating formula with sacha inchi oil, with the type of vitamin C that’s more stable in water – perfect for those about to embark on their vitamin C journey. 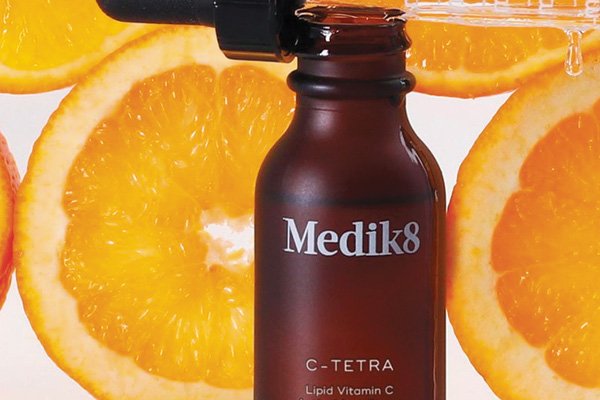 Although it’s become popular to single out ingredients and apply them separately, it’s not always the best route. “I prefer Vitamin C to be part of a bigger formulation rather than on its own as an ingredient – this reduces the chance of oxidisation plus brings other beneficial ingredients into the mix to support the skin all around.” The Inkey List’s {15% Vitamin C and EGF Serum} uses plant peptide EGF to aid regeneration and support collagen for supple skin, plus the pump bottle preserves the shelf life for that much longer. For more of a cocktail, look to Paula’s Choice {C15 Super Booster}: the stabilised 15% vitamin C works alongside vitamin E, ferulic acid, and peptides for smoothed and nourished skin. And for travel? It has to be Oskia’s cute orange {Super-C Smart Nutrient Beauty Capsules}, with 2% vitamin C, a more powerfully antioxidant derivative of vitamin E, and tomato lycopene to support it.

And that brings us to the matter of percentages. “Vitamin C does work for everyone, even those with sensitive skin or rosacea,” says Ayodele. “But the best strength is whatever works for the user; if using the strongest, LAS, opt for 10-15% and don’t go above 20% as it can irritate the skin.” Fans of Medik8’s {C-Tetra} serum will love the {White Balance Brightening Serum} as a step up. With 20% LAS and pigment-blocking turmeric, it comes in two bottles which are activated one after the other to preserve the efficacy, instead of being housed in one bigger bottle. And if you really want to get the big guns out, behold Beautystat’s cult (and we mean cult) {Universal C Skin Refiner}. Formulated by former beauty chemist and product developer Ron Robinson, the brains behind many cult products, it’s long awaited arrival on UK shores (exclusively to us) means we’re blessed with its innovatively encapsulated, smoothing and brightening formula which has taken pride of place in many a routine.

Food for Thought by A Cranky Old Man

Our latest goody bag, bigger & better than ever

The Cult Beauty sale is here!

5 things to know about our newest French obsession

THE ULTIMATE PRE-WEDDING SKINCARE ROUTINE ACCORDING…

How To: Achieve Flawless Skin with BECCA

We Talk Supplements with Karen Cummings-Palmer