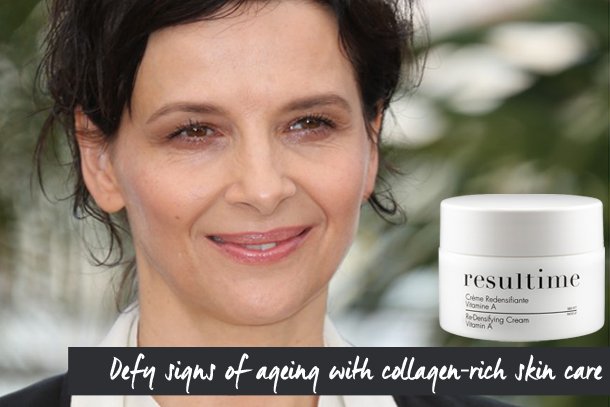 An unfortunate side effect of not living fast and dying young, a la Hendrix, is that one’s skin starts to thin. It’s a slow process that, unlike wrinkles, only really starts to show in one’s mid to late 40’s. Eventually the skin becomes almost papery to the touch, and veins and tendons look more pronounced. Here’s a little diamond that targets this:

Collin’s {Re-Densifying Cream} is a deeply replenishing daily moisturiser designed to address the needs of more mature skin. It replenishes the plumpness and elasticity, while encouraging blood flow and protecting against UV damage. {Resultime by Collin’s} clinical trials provided some exciting results; collagen levels were increased by up to 95.7% while smoothness and suppleness both saw a 91% improvement.

ATP (Adenosine Triphosphate – a coenzyme used to transport chemical energy within cells for metabolism) and vitamin A (also called Retinol, to stimulate the dermis and boost cell collagen synthesis) target all the primary signs of skin ageing; lifting, toning and unifying the complexion, whilst gradually increasing its density. Thicker skin not only looks younger, but is more resilient, so the tell-tale signs of ageing don’t start escalating exponentially.

Behind the pioneering brand streamlining your skin…

4 skin care sets to help you save