Just like keeping two bickering relatives apart at a family reunion, certain skin care ingredients just can’t cross paths – or things can get uncomfortable. Even though you might see them listed together in a single product – applying them both in large quantities via two separate products could be enough for your skin to react badly. Just like Elizabeth Taylor and Richard Burton, some ingredient pairings can seem like a desirable match, but in reality it sadly doesn’t work out. Here are some ingredient combos that skin care-obsessives should probably steer clear of. 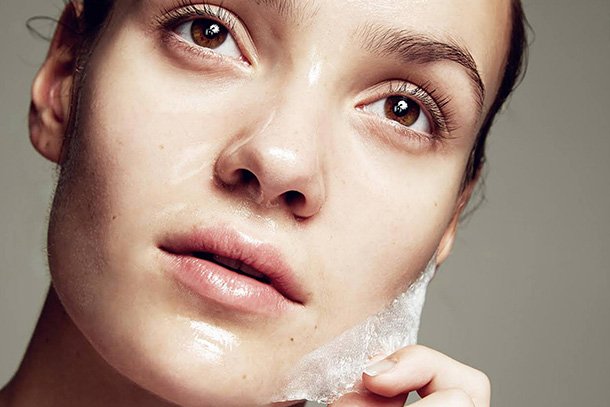 Retinol and pretty much any kind of exfoliating acid

Retinol is a wonder ingredient that’s a potent form of vitamin A and is known for its collagen-stimulating, anti-ageing prowess. But it’s also a temperamental so-and-so, and its powers could be deactivated with acids such as alpha hydroxy acids (glycolic, lactic) as well as salicylic acid. There’s much contention as to whether both used together can irritate the skin. Some experts say retinol and skin acids can be quite drying, so you might end up with redness as a result. Hence to be on the safe side, if you’re using a retinol-charged serum such as Verso’s {Super Facial Serum}, try to avoid preceding it up with an acid-packed night treatment (like Alpha-H’s {Liquid Gold}.

Yep, there it is again. Our friend retinol just refuses to play nice with the other actives – and this includes benzoyl peroxide (which attacks bacteria on the skin, commonly used to combat acne). The trouble is, both ingredients stimulate cell turnover, so if you use them together you could be left with dry flaky skin. The solution? Use a benzoyl peroxide-based product, such as {KaplanMD}’s {Clinical Skin Therapy} in the morning, and wait until the evening to use your retinol-infused favourites, like {Peter Thomas Roth}’s {Retinol Fusion PM Treatment Serum} (it’s best to use retinol at night in any case, as sun exposure can cause it to break down).

In terms of antioxidants, vitamin C is probably among the most heavy-hitting you can get, intensively repairing and protecting the skin from tissue damage caused by those pesky free radicals. DERMAdoctor’s {Kakadu C 20% Vitamin C Serum} contains a good slug of the stuff to firm the skin and reduce wrinkles. Yet using an AHA -based product (resurfacing alpha hydroxy acids, such as glycolic and lactic acid), like {January Labs} {Retexturising Night Cream} can disturb the pH balance of the vitamin C and destabilise it, so it your skin won’t reap the benefits.

Salicylic acid with other acids

Although many acids tend to complement each other, salicylic is a bit of a renegade. It’s famous not only for dissolving the ‘glue’ that binds dead skin cells together (as other acids do) but is also great for exfoliating at a deeper level, de-clogging pores to prevent breakouts. However if you mix it with other acids in large quantities it can cause irritation – so if you’re planning on exfoliating with Goldfaden MD’s {Fresh A Peel} – which has a good dose of lactic acid – we’d suggest waiting to use products such as skyn Iceland’s {Blemish Dots with Salicylic Acid} until the following day, rather than use both consecutively.

A multitasking marvel with a faintly Glastonbury feel’

Behind the brand: FranÃ§ois Nars

The next best thing to happen to your brows

Cleanliness is next to godliness

8 of the best summer beauty buys under Â£25

Transform your complexion with Cult Beauty’s…

New In: Face Stockholm make up