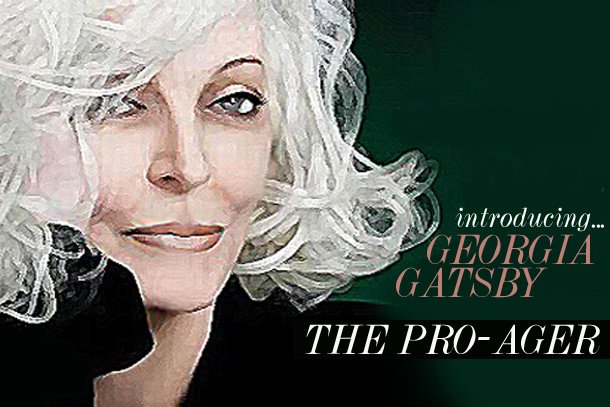 “In my drawer: three ‘miracle’ creams from an expensive high street brand. One for day and one for night and one for when your skin’s feeling under the weather. They’re still half-full of slightly yellowing cream, crusting round the edges. Yuk. Like all the countless others I’ve tried, they fell short of miraculous. A long way short, given that two of them resulted in a breakout.

I’m a journalist, so should – theoretically – see through the hype. But no, I fall for all the ludicrous claims, again and again. When you reach my age – no, I’m not telling – you keep thinking: surely this time there’s been an amazing technological advance. Surely this time some magical ingredient is going to make all the difference.

To be truthful, I’m not sure anything ever will, short of Botox, fillers and a subtle facelift. But hope springs eternal, so I’ve been experimenting again.

This, then, is the first of my blogs about Cult Beauty products that I’ve used myself. I mean really used – for weeks or preferably months. What I won’t be doing – I promise – is hyping anything I don’t rate personally.

Here’s my first tip: {Cult 51}. Before I ordered, I read all the buyer feedback, studied the ingredients carefully, and… didn’t buy it. Not for another couple of weeks, anyway – I was waiting for a cheque. Yes, it’s expensive. Not most people’s idea of an impulse buy. So is it worth it?

Well, it won’t knock 10 years off your age – (see above re: Botox, fillers etc). But, to my astonishment, it does what it says on the tin. It really does make your skin look radiant. 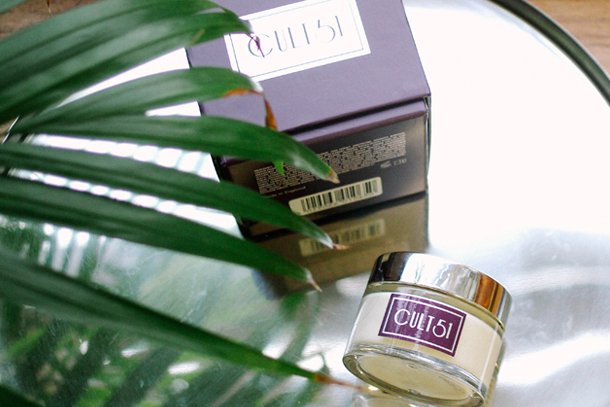 The pot itself is reassuringly unpretentious – reassuring, because I’d rather my cash were paying for the ingredients than any fancy packaging. I also like the fact that it’s just a night cream. And the fact that the {Cult 51} chemist isn’t immediately trying to sell us a huge array of miracle moisturisers and serums and cleansers and what have you. He set out to make the best possible night cream, and that’s it (for the moment, at least.)

What does it smell like? Slightly medicinal, with a top-note of something pleasantly botanical. Texture? Easier to say what it’s not: it’s not sticky, not remotely oily, not over-rich. It takes about five seconds to slather it over your skin. You can even use it – sparingly – around your eyes, which means no more faffing with special eye creams. And it sinks in immediately, leaving the skin velvety-dry to the touch (and looking better than it would naked).

I’m now nearing the end of my first jar, which I ordered more than six months ago. As I also use it on my neck and throat, it would probably last quite a bit longer if you simply put it on your face.

My own 50+ skin probably won’t be exactly like yours: I still have an oily centre panel, with dry skin elsewhere. Still, I can at least vouch for the fact that {Cult 51} works on both greasy and dry skin – and should therefore be fine for anyone from 30 to 90.

Since I started using it, I haven’t had any dry, flaky patches. None. My wrinkles look less obvious. I haven’t broken out in blackheads or spots. But the best effect is almost the hardest to quantify: my skin just looks smoother, healthier and more even.

The science behind {Cult 51} appears to be sound, but it’s science – not magic. All I can tell you is that it’s is a far better night cream than any I’ve ever come across before. If you don’t believe me, you should take a look at the other half-used pots in my drawer. I’ve just counted them: 14 (where’s that bin?). Makes {Cult 51) seem cheap at the price.”

The launches the world’s (pillow)…

HOW TO APPLY YOUR SPF THE RIGHT WAY

And now for some good clean fun…

Why You Should Get Behind Give & Makeup