There is a new uber-cult product in town, and it’s aptly named Good Genes (by Sunday Riley), because it’s like genetically modifying your skin to repel the signs of ageing. Top beauty journalist India Knight led the charge this Sunday in Style magazine and now Sunday Riley is having to upscale production to keep up with demand (pre-order yours to get on the list as it has sold out worldwide).

Here’s her quote on the Good Genes Serum: “This sort of does everything: you can use it every day, or as a mask, or once or twice a week as a treatment… I was going out, so I whacked it on before the bath, then read my book. I looked abnormally well when I came out – actively better than when I went in. Smoother skin, a nice little flush, a glow – as though I’d had a really good facial. I told myself not to be silly, and that this was all probably the result of the steam and heat of the bath itself… Anyway I went out (two people told me I looked “well”) came back, washed my face, put on more Good Genes, and went to bed.

Blow me if I didn’t wake up looking renewed, rather than dehydrated and mildly hungover. There was a luminosity to my skin that hadn’t been there before.”

Of the cleanser she said, “It is famously impossible to shrink pores… And yet my pores are smaller. I don’t know if it was the cleanser or the Good Genes or a combination of the two” 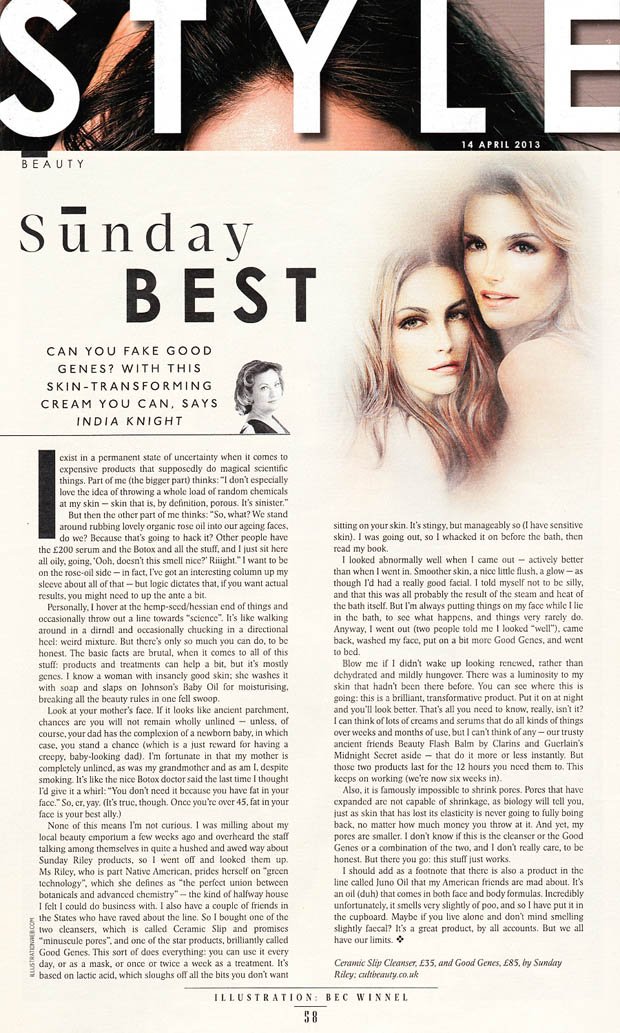 Everything you need to know about Cult Conscious

The greatest things to happen to your skin this month

Elle Macpherson shares the tips for feeling fabulous at 50

Attention Cult Beauties: the #SchoolofSkinCare is in session