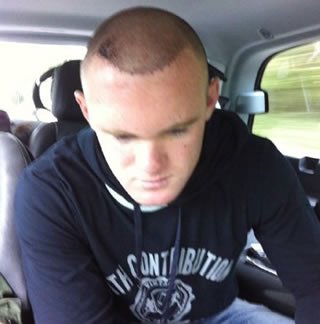 Ever since Delilah lopped off Samson’s luscious locks, a good head of hair has been considered to be the mascot of masculinity. Would Superman be perceived to be the embodiment of strength with a rapidly receding hairline? Or Grey’s Anatomy’ star Dr McDreamy be considered as such without being able to flick his fingers through his glossy mane in the face of yet another medical emergency?

Just ask Wayne Rooney. The 25 year old is the latest in the line of celebrities (James Nesbitt, Jason Gardiner, Silvio Berlusconi, Elton John) to have surrendered to the scalpel in a bid to tackle thinning tresses. 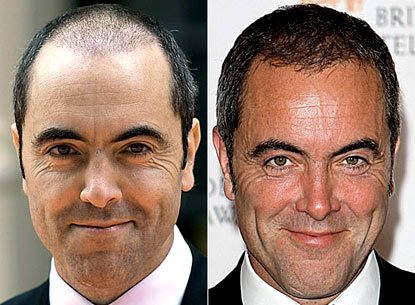 The star striker has paved the way for the follically-challenged to cast off their flat caps and banish their Berlusconi-esque bandannas with his brutal honesty. Last week he took to his Twitter feed to proudly display the results of a technique called Follicular Unit Extraction (FUE) undertaken at the Harley Street Hair Clinic. FUE, also known as a hair transplant, is an eight hour procedure that extracts units of hair follicles from denser areas of the head and re-implants them into the sparser areas at the front. The full effects are not visible immediately but can take up to 18 months to produce a bountiful, scar-free, head of hair. 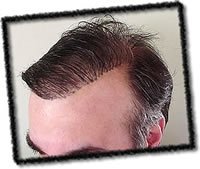 Gone are the days when the mere mention of hair transplant conjured up visions of rows of shiny melon seeds (aka hair plugs) sprinkled surreptitiously across the scalp. Rapid technological advances in Trichology (the science of hair) mean that men can avoid the much-maligned Elton John look circa 1980 for a far more natural effect. The treatment doesn’t come cheap: at £30,000, so you may have to sell a kidney if you’re not on the salary of a premier-ship footballer.

Since Rooney’s revelation, Transform Cosmetic Surgery Group, Britain’s leading cosmetic surgery provider has seen a 375% increase in enquiries from men about the procedure.

The Bald Truth
The old adage that bald men are sexier, has its (non-implanted) roots in the fact that the male sex hormone DHT is responsible for male hereditary hair loss said to affect two thirds of all men. DHT wreaks havoc on the follicles shrinking them to tiny pin pricks resulting in thinner, finer, weaker hair until it falls out altogether. You would think that men would feel sexier and confident with the surging levels of DHT coursing through their veins, but nothing could be further from the truth. It is an increase in the follicle’s sensitivity to DHT and not increased levels of DHT itself that cause the fall out. No wonder then that the rapid decline of their once lush barnet can lead to frequent feelings of depression and worthlessness (although I almost fell off my chair when I read that the hardened Manchester United striker himself had admitted to feeling sensitive about his hair loss).

Other reported causes of hair loss can be down to stress, poor diet or medication. 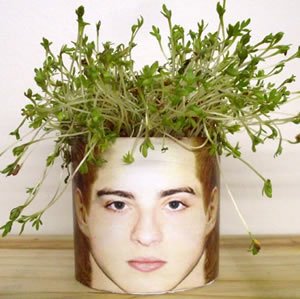 While a Rooney transplant is the most extreme way to treat hair loss, there are other, albeit fewer, non invasive methods in the fight for fitter follicles.

Minoxidil (sold as Regaine over the counter) and Finasteride, (which is the active ingredient in Propecia tablets and prescription only) are the only UK licensed products that have reliably led to new hair growth in clinical trials. Minoxidil is applied topically and Finasteride is taken in tablet form; they work by blocking DHT to stop the follicles from shrinking. While results can be seen in as little as four months, hair density is only increased by 10-15% and stopping usage can result in any new hairs falling out again. There are few side effects, but around 2% of men using Propecia listed impotence as one.

Other treatments include laser combs, caffeine shampoos, herbal supplements and laser therapy, yet their effectiveness is debatable and questionable at the best so far. It must be stressed that any hair loss problem should be seen by a GP or a professionally qualified Trichologist who is a member of the Institute of Trichologists to avoid snake-oil charlatans.

There is no doubt that a man’s hair, the allure of a glossy mane, is seductive: it screams fun, it screams sexiness. Holding on to it may be a man’s way of holding onto his youth. With women being candid about their use of botox and fillers to maintain themselves, why shouldn’t men step out of the shadows and be blunt about blitzing their bald patches? Surely the boost to their confidence and happiness will benefit and pay dividends for us all – especially if you are a Manchester United fan. Roohi-Saba Rais

This game-changing range will sort your skin out

Spotlight on silver: the ‘it’ ingredient…

Lighten up with 5 breathable summer-weight bases

Hair uncut: how to love the hair you’re blessed with