Oh Wes Anderson. Prince of foppish hair, corduroy and awkwardness. You are (possibly) one of my “top 30 men of all time… at least.” (Is it okay to quote Bridget Jones when revering one’s idol? What would Wes want?)

Bill Murray, Adrien Brody and Willem Defoe are also well-up on my it list, so it should come as no surprise to you to learn that “I wanna die” (in the words of Raleigh St. Claire) with excitement over The Grand Budapest Hotel. Although I’m playing it preeeetty cool (not) – after all, Margot Tenenbaum wouldn’t hyperventilate with anticipation over a film screening. WWMTD?

It is not just Wes’s leading men that float my boat – his leading ladies embody everything that is right with this world. From Gwyneth Paltrow smoking secret cigarettes to Cate Blanchett glowing her way through The Life Aquatic, Wes’s women are cool with a capital C-O-O-L. 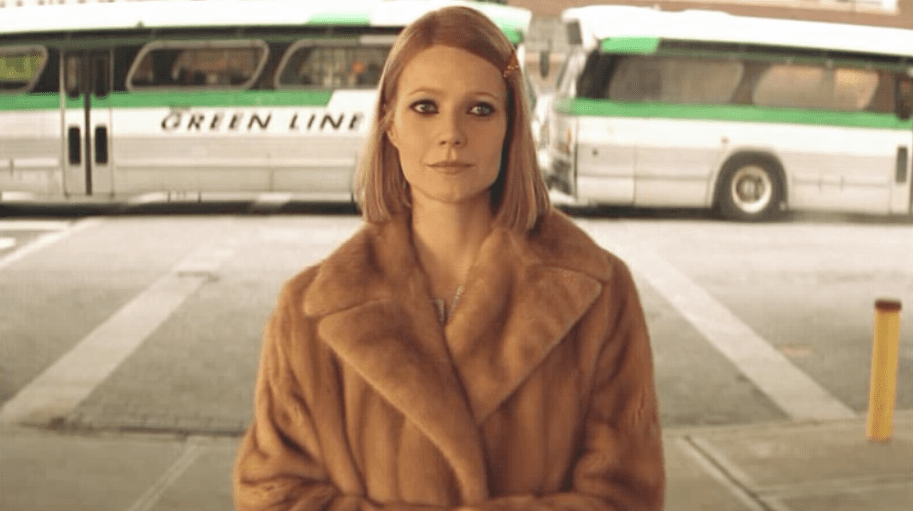 To my mind, the greatest ‘Wes Woman’. Fur coat, tennis dress, glossy bob and lashings of liner, Margot’s style is of indeterminate era (70s? 90s?), which makes her eternally ‘hip’. To channel her grungy nonchalance, use Jouer’s Matte Moisture Tint, Kevyn Aucoin’s The Sculpting Powder, Anastasia’s Brow Powder Duo (try a shade lighter than your actual brows, to emphasise the ‘racoon’ aesthetic), then Covet Waterproof Eyeliner in ‘Noir’ – do one eye at a time, blending straight-away to nail the perfect smudgy, ‘slept in’ thing before it dries. You’ll be ensnaring silver psychiatrists and long-haired tennis players quicker than you can deliver a put-down; “Your reviews aren’t that good.” 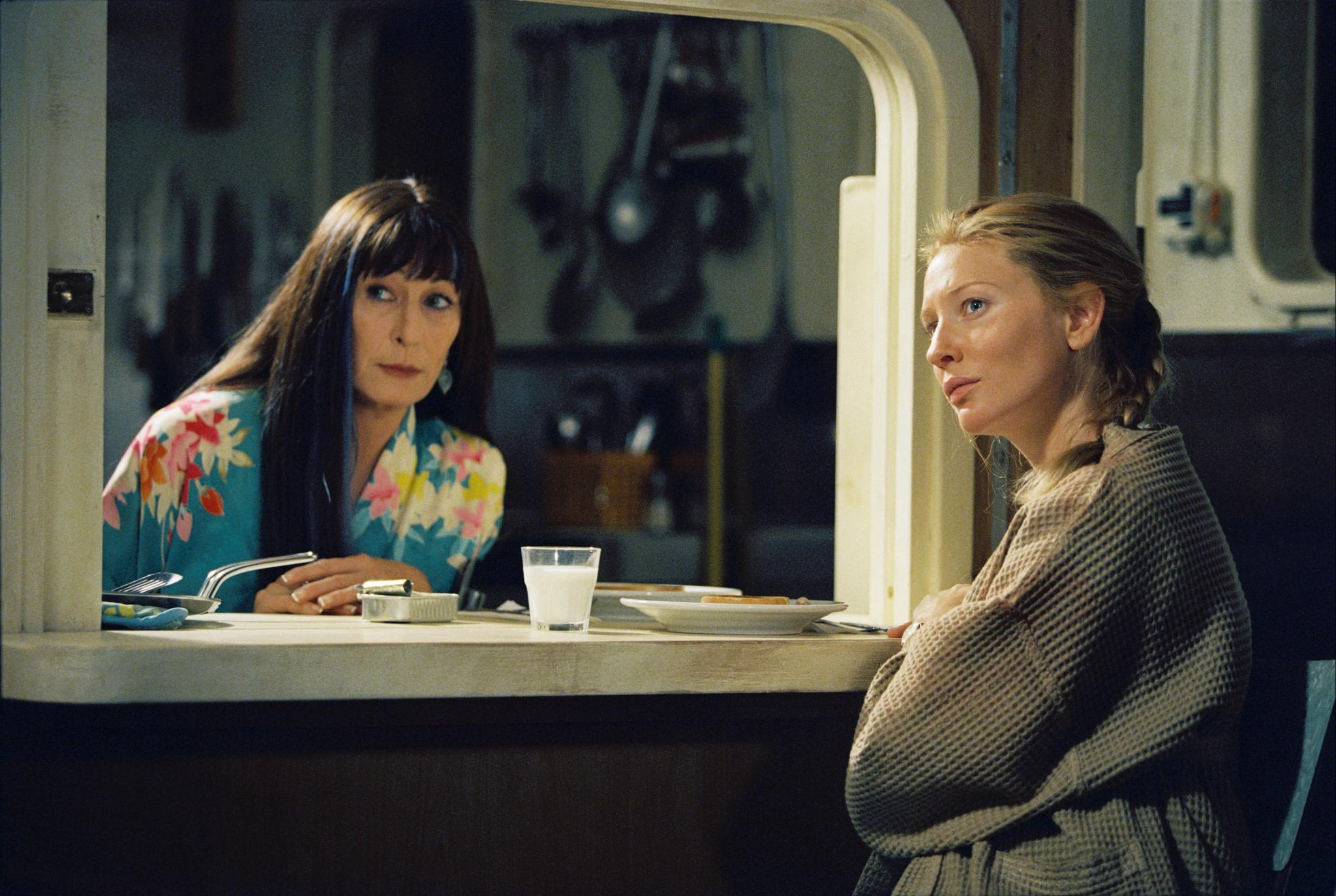 Pregnant and blooming, Cate Blanchett’s Jane Winslett-Richardson is trapped in the middle of an awkward love feud ‘twixt Bill Murray (Steve Zissou) and Owen Wilson (Ned Plimpton) – poor lamb. However, though she has my sympathies, she kind of brings it on herself by being such a mega-babe. Like Margot, Jane’s face totally tones with her blonde braid and bathrobe, yet she is OH SO AW14/15 thanks to that slightly shiny face she’s workin’. Bronzer is obligatory – try Jouer’s Luminizing Moisture Tint in a shade slightly darker than your natural complexion (don’t worry – it’ll work – just blend as if your life depends upon it), then gleam up your eyelids and cheekbones with RMS Beauty’s Living Luminizer, followed by a quick slick of Eight Hour Cream Skin Protectant. Et Zissou! 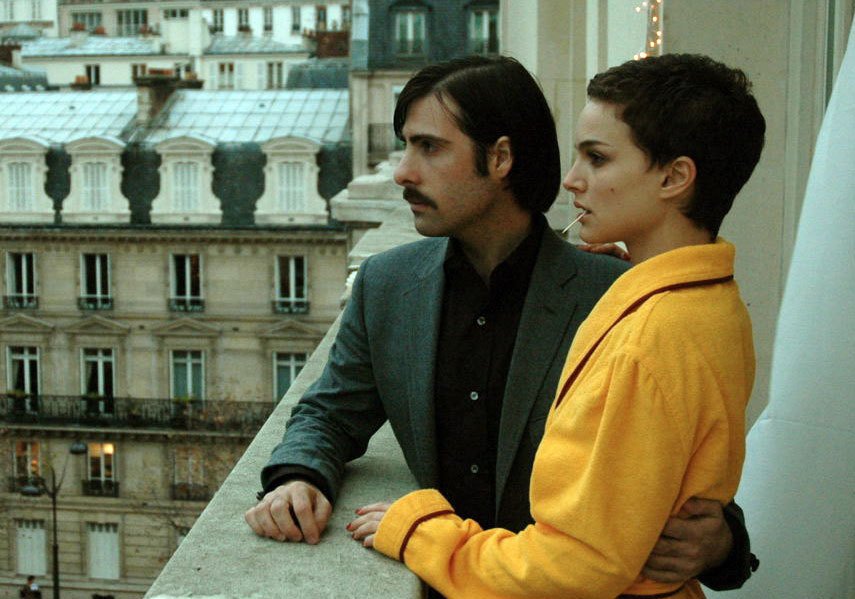 No one does gamine like Natalie Portman in Hotel Chevalier. Elfin crop, beauty spot and perfectly arched eyebrow, Jack’s girlfriend smoulders in a way that only French women (or American beauties pretending to be so) know how. Although her clothes are few and far between (there’s a lot of bare flesh beneath that snuggly-looking golden gown), JG’s face is a picture of perfection. Just arm yourself with Kevyn Aucoin’s The Essential Eyeshadow Set #3, and learn how to dangle a toothpick insouciantly. 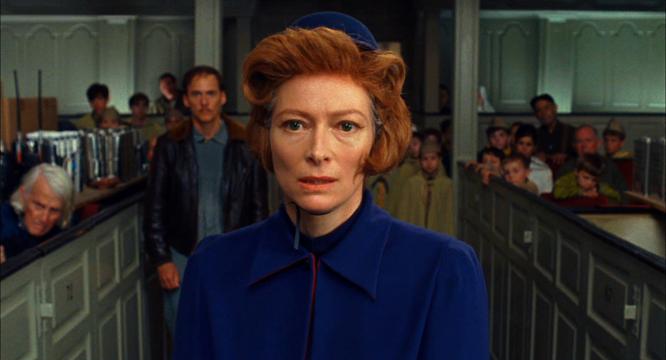 The female embodiment of a regime, as ‘Social Services’ Tilda Swinton might look a bit ‘Margaret Thatcher-meets-Call the Midwife’ but, she’s Tilda Swinton none-the-less. Not only does she work a cerulean pill-box hat with the signature ‘Tilda panache’, but her monotone red coiff and coordinating coral blush/lip combo are totally otm (of-the-moment, obviously). Try Julie Hewett’s Lipstick Noir in ‘Belle’ (an orange-toned red), and Stila Cosmetic’s Convertible Color in ‘Gladiola’, to channel the quirky-yet-stern disciplinarian thing like the ultimate ice queen.

How The Nue Co. Are Disrupting The Wellness Realm

HOW TO APPLY YOUR SPF THE RIGHT WAY

The best immunity-boosting supplements to add to your ritual

Vegetables to eat in Autumn

Got Acne? Reveal Flawless Skin with These Masks

PAULA’S CHOICE is our Brand of the Month!