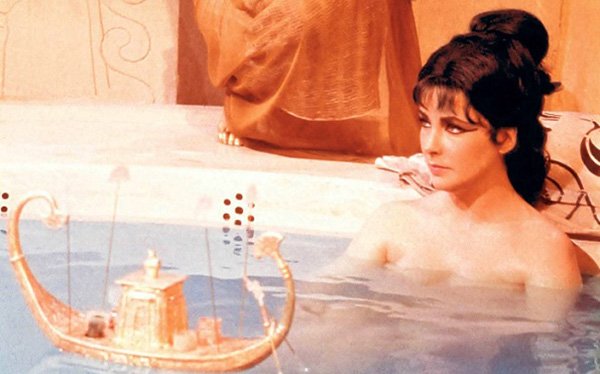 Last week The Science Museum held a talk on the Science of Beauty as part of their “lates” – a series of short lectures covering scientific topics. Its the museum’s 100th birthday, well, 101st to be precise.

The talks were lead by 2 speakers from the History of Medicine department. First up was Katie, who informed us about the symbolic propositions of make up. Cleopatra, circa 3000BC, was the first noted lady to embrace beautifying rituals, such as bathing in ass’ milk (700 donkeys would be needed for this task). She would also soak bread in ass’ milk to use on her face. All you need is a donkey. And bread. Its the simple things in life that make us beautiful. Another facial ritual was crocodile dung… slightly harder to get hold of.

Egyptian make up was all about the eyes. Before the wonders of Jouer and RMS, beauty junkies had to concoct their own pools of color. For green, a carbon mineral by the name of Malanchite was used to electrifying effect, for black they would mix burnt almonds with a lead sulphide called Galena.

Lead, as we know, is extremely poisonous when it makes contact with skin. This did not stop women and men in their quest to be fashionably alluring, something echoed in different guises today, pillow face anyone!!?

The second speaker was Selena, who spoke of the terrible lengths the Tudors would go to in their pursuit to be on trend. Queen Elizabeth I’s all-in-one foundation and concealer, consisted of a mix of egg white and chalk , the phrase “crack a smile” lends itself to this era. Beeswax was used to fill in the cracks, hence the term “mind your beeswax”. Funny lot, these Tudors.

The pain didn’t stop there. Wigs were stuck on with animal fat which attracted all kinds of creepy crawleys. A whole new meaning to adding ‘body’ to your hair…

In the 1700’s, patches were used to disguise spots and pimples and as a tool to show your marital status or if you were the mistress or your political allegience. Mine today would be the lib dem‘s bird of freedom (go Cleggie!). olivia inge

How To Clean Your Brushes by Vivianna

The 50+ Beauty Blog by Georgia Gatsby

More Reasons to Adore Your Curves